The World of Work Week is a comprehensive careers programme for primary schools. 15billionebp believe that

raising aspirations starts in primary schools when children are forming their ideas and placing themselves in the social sphere. Children can only aspire to what they know exists and World of Work Week brings jobs and careers to life through engaging, fun and interactive experiences both in workplaces and at school with the support of business volunteers.

At Harrow Lodge Primary School we held a World of Work Week for our KS2 pupils during the week beginning 1st November. Each year group was allocated a profession to explore through a series of planned activities. The classes went on a field trip to a place of work for the profession that they were studying, and finished off the week by presenting their work either to their classmates or to volunteers who work in the various professions.

This is what our children had to say: 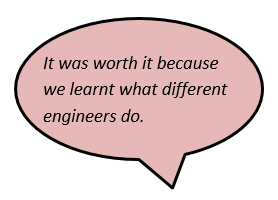 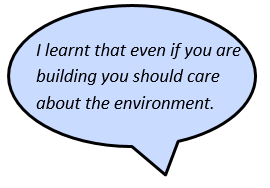 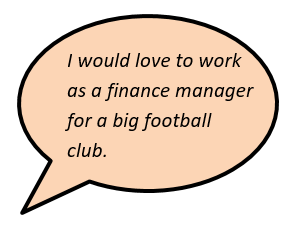 Year 3 learnt about different aspects of engineering.  They particularly enjoyed their trip to Wates construction site where they learnt about civil engineering and the roles of everyone involved.  The children were very impressed with how they recycled all the materials and nothing is wasted.  They also enjoyed the game of Guess What My job is. During the week they looked at different types of engineers, including civil, computing, chemical and mechanical engineering. The children had great fun using their creative thinking and problem solving skills to make marble runs and lava lamps.

Year 4 explored various jobs linked to sports. They visited Abbey Leisure Centre and had the oportunity to talk to members of staff about their role. The children were exposed to jobs within the sports industry that they had not come across before such as physiotherapists, personal trainers and receptionists. They also learnt about how important it is for sports clubs to gain sponsers and were introduced to the fact that you pay tax when you work!

“The conversations we had in our class this week, blew me away. We were able to explore the real world and I was able to educate the children with information that will help them broaden their aspirations and build on the skills they need to be successful in the future.”

Year 5 became architects for the week and started off the week with a trip to The City Centre where the children were introduced to the world of architecture and construction. They had the opportunity to design their own school and had a guided tour around some of London’s landmarks. Throughout the week, children became more familiar with the role of an architect and they had a visit from a Quantity Surveyor and a construction worker who gave them even more insight into their roles. Back in school, the children designed their own new London landmark and were encouraged to think about the purpose and the position of their building. They spent many hours bringing their design to life and had fun in the process, despite having to overcome problems along the way. 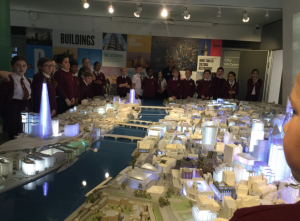 “The children enjoyed getting to build and design their own buildings and the planning that went into it. They have a better appreciation of the application of maths in the wider world of work.”

Year 6 learned about the world of technology and the range of jobs available in the industry. They spent the week designing their own APPs and then pitched them, Dragon’s Den Style, to experts at the British Council.

“The children gained confidence at presenting and developed their teamwork, communication and problem solving skills over the week.” 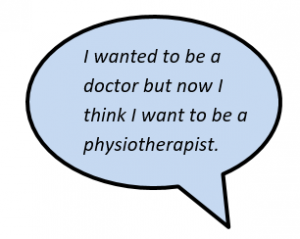 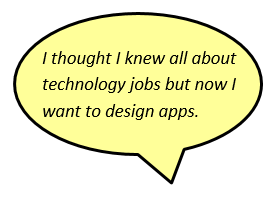 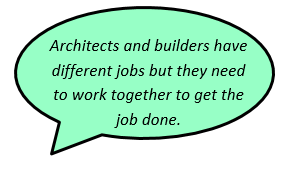